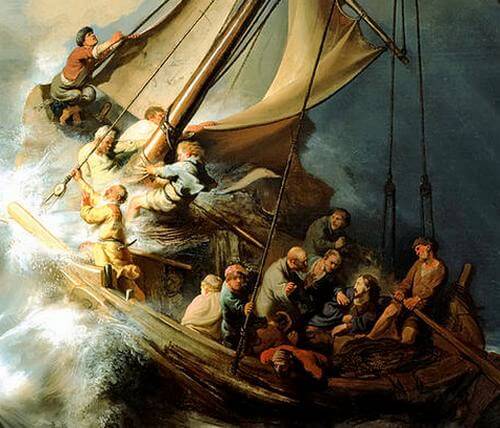 God says that he loves us. If that’s true, why did he give us attractions we can never act on? What purpose does it serve to go on fighting these feelings? It seems so awful…

I don’t believe God made us this way. I don’t think he wanted anyone to have pedophilia, and it wasn’t his doing. All of us suffer many things that God never intended. Pedophilia is just one example.

And, it’s not just our own troubles. Think of the evil in the world! People do horrible things to each other, and the Devil looks for every opportunity to contribute. There are natural disasters, disease, and people have bodies with disabilities and disorders (like pedophilia). How did this happen, and why does God allow it?

There is a root cause to all the evil in the world. It’s that humankind chooses to turn away from God, and God doesn’t stop us. This allows evil to exist in the world, and it goes all the way back to creation.

God did not want people to be robots, therefore he created us with freewill. He wants to have a real relationship with you and me, and for that to happen, we must be free to decide whether we want him or not.

God took a risk in giving us freewill. Love always involves risk… the risk of rejection. If I want to, I can follow whatever I think and feel, instead of God. That’s what happened with the first people, Adam and Eve, and it opened the door for evil. The results of their choice were drastic.

Adam and Eve lived in a world that was just as God intended. All nature worked together without the need to fight for survival. There were no disasters and diseases, not even death. But when they turned away from God, everything changed. Nature became violent, their perfect bodies were broken, and death entered the world (that’s the result of being distant from God, who is the author of life!). Every human afterwards bears the consequences of their decision.

It doesn’t seem fair that you and I were born into a broken world. We certainly didn’t ask for pedophilia, or deserve it. However, the truth is that each of us make our own evil choices. Even if we each had the chance to be born into a perfect world, we’d make a mess of it. How hopeless we are! That’s why God sent a savior.

God sent his son to earth as a human, so that he would make the choice none of us could. Jesus chose to follow God completely, even though it meant the worst suffering. He conquered evil. Not only that, Jesus purposely died, even though he deserved to live. God’s plan was that Jesus would pay the death penalty for us all. He made a way to save us!

After Jesus conquered evil, death had no power over him. God raised him back to life. Now, each of us are given another chance to choose. Jesus is God’s son, and we can choose him to be our savior and lord.

I am a pedophile. That happened because of the evil in the world. However, I know that I’ve made my own wrong choices, and I deserve to be separated from God. However, I’ve asked Jesus to be my savior. I know I’m forgiven of my mistakes! He’s also my Lord and helps me overcome the evil in my life, step by step, as I follow him.

Jesus promised that God will send him back to earth someday. At that point, he’s going to put an end to all evil. There won’t be any more natural disasters or disease. There won’t be pedophilia. In fact, God’s going to make a new earth. Every person who didn’t choose Jesus to be their savior will be judged according to his or her own evil choices… that means separation from God (which is hell). But, those who accept Jesus will get to be with him forever. God is very serious about evil. It’s only allowed to remain on earth temporarily.

Why doesn’t Jesus come back right away? Why is the earth allowed to continue in it’s broken condition, with so much suffering? The answer is that God wants to give people the chance to turn back to him. He want’s to give people time to know Jesus. When he finally does stop evil, it will be too late.

Returning to the question “Why did Got let me be a pedophile?”, I believe the answer is that God did not make us this way. Pedophilia is just one example of evil in our broken world. Everyone is affected in some way. But, God sent Jesus to make a way of forgiveness and victory for us all.

Frequently updated content in Testimonies and
Finding a Way Blog.
Also, our Podcast!