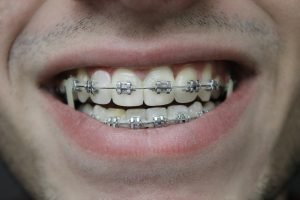 I have a confession to make. I like boys with braces. This may seem strange to most people. Why on earth would anyone be into boys with braces? But even stranger perhaps is why I choose to focus in on this detail and take it seriously. You see, for the longest time, I didn’t. I didn’t even like thinking about my sexuality at all. It was overwhelming and soul crushing just to look at it. Not only was I attracted to men, but boys too?

It was all too much to handle. And in some ways, I was still naively hoping that all this sexuality stuff would one day, just go away. But days turned into weeks, weeks turned into months, and months turned into years, and this monolithic problem didn’t seem to change. However, I was.

Very very slowly at first, and with a lot of support, prayer and therapy, I was able to start taking these minuscule peeks at this dark part of myself without losing it emotionally – like I was touching something too hot and immediately pulling back to safety.

Then, as I began to look into my attractions, I started to see patterns. Before, I thought I was just into boys in general, but this was not the case. I was never into black boys, or brown boys for some reason, somewhat into Asian boys, but overwhelmingly into white boys, and even more specifically, white boys with dark hair and of course… braces.

But why braces? Well, when I was around five years old, I used to get picked on by a much older boy with braces. We went to the same school and (unfortunately) the same church. He was around thirteen at the time, but in my mind at least, he was basically an adult. He was so tall, and when he took pleasure in teasing and humiliating me, he would always smile a metal smile – one which burned into my memory. I didn’t know his name at first, and I didn’t even know what braces were, so I described him to my parents as “the tall boy with dark hair, the boy with the things on his teeth”.

Ever since then, you could say I’ve been intrigued by boys with “the things on their teeth”. Basically every crush I can remember. I was on the train home after therapy when this realization hit me. All of a sudden a door was opened, and light began pouring in. It was overwhelming, with hot tears running down my face.

Now don’t get me wrong, I’m not at all claiming that there’s always going to be a symbolic meaning behind what kind of child you might be into. In fact, Cantor’s research seems to suggest the opposite – that pedophilia is strictly biological. For me however, there was a strong symbolic component. And understanding this has been an incredible blessing.