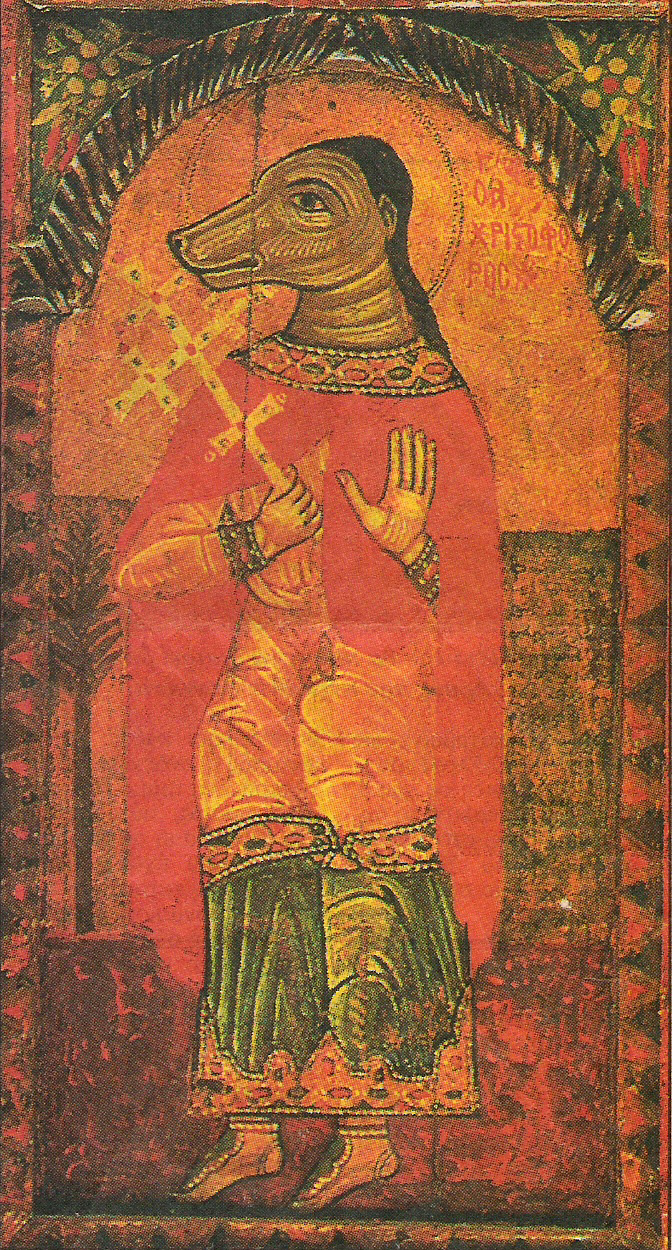 I’m not Orthodox, but there is one aspect of the Orthodox tradition that I have lately come to appreciate. St Christopher – the dog headed saint. For those of you who are unfamiliar with St Christopher, or who have traditionally seen him depicted as a man like any other saint, may at first find it very odd to see him depicted with a dog’s head. Why is this?

In short, St Christopher represents the strange – something that is outside and foreign. He represents the traveler, the barbarian and the monster. According to Johnathan Pageau, this icon was hung above the main door of the church, reminding exiting parishioners that they were leaving the safe sanctuary of the church, and entering the world where they would likely come across the strange.

Yet at the same time, this icon was designed to bring everyday people hope. The monster, can indeed be redeemed. And doesn’t he look surprisingly human? He is clothed, calm, holding the cross and appears to have a slight smile to his lips. No longer is he a ravenous werewolf under the full moon of passion. Now he is a saint! Yes he still may have some of his doggish nature. Maybe he still barks at the mailman (something which he’s probably very embarrassed about), but he is still a saint none the less, saved by the blood of Jesus Christ.

So in a lot of ways, I think St Christopher encapsulates what God can do with monsters like us. And I believe that in this there is hope.