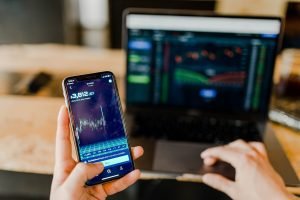 Forgive me for stating the obvious, but public trust is low. Very low. With every breaking story we seem to uncover a new cancerous mass of corruption in the system. Recently we were given a special insight into wall street corruption through the GameStop/Robinhood scandal. No matter where we look, everything seems to be rigged – and not in our favor. Whether it’s COVID restrictions, green energy, Epstein, China, Hollywood, Big Tech or Universities. We look around and all we see is wall-to-wall garbage.

Hopefully things will improve as people start to wake up to what’s happening around them, but at the same time I think it’s a strong reminder. This world is not our home. It’s not fitted to us, and we’re not fitted to it. We’re of a different nature – a transcendent nature. We belong to Christ and we long to be clothed with the imperishable (1 Corinthians 15:54). Stocks can be frozen. Businesses can get shut down. News can be faked. Whistleblowers can be arrested. And the voice of the people can be silenced. But God’s kingdom is not of this world (John 18:36). And if you belong to God through Christ Jesus, you will have a strong desire to get away from this horrible place and be with Him as Paul did (Philipians 1:23).

In fact in Philipians 3:8 Paul goes so far as to call “everything a loss compared to the surpassing greatness of knowing Christ Jesus.” He saw the world. He saw the monuments of Rome. He saw the palaces, the orchards, the aqueducts, the universities, the military might… but he wanted none of it. His dream wasn’t the American dream. He wanted to know Christ. That was where his focus was.

When we look at his life, we can see that he wasn’t lying. He went from a high position in the world’s eyes where he had everything, to becoming the scum of the earth, the refuse of the world (1 Corinthians 4:13). He was mistreated wherever he went and spent a lot of time in jail. He knew the world wasn’t a fair place. He knew about all the corruption. He knew all the political games people played, all the charades, the fake tears and fake outrage. He knew how much the influential Jewish leaders hated the church. But from everything he wrote we can see that he didn’t become bitter about it. He was “sorrowful, yet always rejoicing…having nothing, and yet possessing everything.” (2 Corinthians 6:10). He wasn’t looking at all the injustices as we often do. He was looking ahead to God’s Kingdom.

Now, I have to admit, I struggle to see God’s kingdom sometimes. Sometimes I just get caught up in the latest exposé. But I think it’d be good for us to look past the immediate – to focus not on this world, but on God’s eternal kingdom. I’m not saying don’t buy bitcoin. It’s probably a good idea to be honest. I’m saying that at the end of the day, we need to set our hopes on the kingdom that will last forever, and not set our hopes on the kingdom that won’t. We don’t need to go around complaining about how unfair everything is. We do have hope. And from this hope we bow our heads in prayer saying “Come, Lord Jesus.” as we wait faithfully for his return.