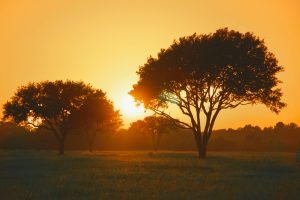 I was recently struck by something Paul Washer said in a sermon. He was sitting in a seminary class. The teacher had just walked in and was asking people if any of them could name the attributes of God. Hands shot up all across the room. “Good” said one student, “Holy” said another. Answers came shooting in all across the room. The teacher was trying to keep up, writing them all on the board for everyone to see: “Loving”, “Just”, “Kind”. The board quickly started to fill up with words. When the board was mostly full, the teacher noticed Paul Washer wasn’t saying anything.

“Would you like to give us a word for the board?” the teacher asked.

“I don’t mean to be disrespectful” said Paul “but do you realize that in all this time, you haven’t actually told us anything about God?”

I think Paul Washer is definitely onto something here. If we don’t let God’s own Word define the words He uses to describe Himself, other things will. Instead of getting our definitions from the context of the text, we get our definitions from the context of our experience, or culture or whatever. When this happens, the words we use in reference to God either lose their meaning, change their meaning, or broaden their meaning and we end up with a false god; not one of gold or silver, but a false god of our own imagination.

Take love for example. What does it even mean? Does it mean sex, compassion, sacrifice, emotional desire? Is it feminine like the love of a mother, or is it masculine like the love of a patriot? So when we say ‘God is love’ what does that mean? Wouldn’t everyone have their own understanding? This is why everything concerning God, must be grounded in his word – the Bible. Everything else is groundless.

So what does the Bible mean when it talks about the love of God – and not just the kind of love, but also the magnitude – If God loves us… how much?

In Hosea 11:1, 3-5 we see God pictured as a loving and gentle father who cares for his child;

“When Israel was a child, I loved him, and out of Egypt I called my son… It was I who taught Ephraim to walk, taking them by the arms; but they did not realize it was I who healed them. I led them with cords of human kindness, with ties of love; I lifted the yoke from their neck and bent down to feed them.”

It never ceases to amaze me how many people can still think the God of the Old Testament is unloving, especially after everything he does. He calls Israel – a nation of slaves out of Egypt. He gives them the law and leads them safely through the desert. He feeds them with the bread of heaven. He brings them to the land of milk and honey. He fights alongside them, and drives out the Canaanites. He does all these remarkable things. But how do his people respond? Are they thankful? No. They throw it all back in his face.

“But the more I called Israel, the further they went from me. They sacrificed to the Baals and they burned incense to images.” (vs 2)

“Will they not return to Egypt and will not Assyria rule over them because they refuse to repent?” (vs 5)

“My people are determined to turn from me. Even if they call to the Most High, he will by no means exalt them.” (vs 7)

Can you see how offensive this is? Can you see how much their behavior reeks of ingratitude? So what does God do? Does he smite them with divine justice? Does he abandon them and raise up another people for himself? No. He continues to love them.

He says; “‘How can I give you up, Ephraim? How can I hand you over, Israel? How can I treat you like Admah? How can I make you like Zeboiim? My heart is changed within me; all my compassion is aroused. I will not carry out my fierce anger, not will I turn and devastate Ephraim. For I am God, and not man – the Holy One among you. I will not come in wrath. They will follow the Lord; he will roar like a lion. When he roars, his children will come trembling from the west. They will come trembling like birds from Egypt, like doves from Assyria. I will settle them in their homes,’ declares the Lord” (Hosea 11:8-12)

This is incredible. Here we see God’s love contrasted so sharply against Israel’s rebellion. God demonstrates both the quality and quantity of his love for Israel by remaining faithful to them, even though they remain faithless to him and go their own way. It’s because of Israel’s rebellion that we really see God’s love shining through. If Israel were a good and faithful people it wouldn’t mean anything (Matthew 5:46-48). But where Israel rebels, God responds in love. “…where sin increased, grace increased all the more,…” (Romans 5:20)

We see something similar in the examples of the prophets. God sent a number of prophets anointed with his Holy Spirit to turn Israel back to worshiping the true God – the God who loves them. These were mighty men of God who did amazing things. So how were they treated? Were they treated with respect and hospitality? No.

“Some faced jeers and flogging, while still others were chained and put in prison. They were stoned; they were sawed in two; they were put to death by the sword. They went about in sheepskins and goatskins, destitute, persecuted and mistreated-” (Hebrews 11:36-38)

In spite of this, God keeps on sending his prophets – every one different from the last. And Israel keep on persecuting them. One after another, the prophets are rejected generation after generation.

No wonder God says in Isaiah:

“All day long I have held out my hands to an obstinate people, who walk in ways not good, pursuing their own imaginations- a people who continually provoke me to my face,…” (Isaiah 65:2-3b)

So what does God do in response? What can he do? He’s already sent prophet after prophet after prophet. He’s already performed signs and wonders. He’s already sent disaster and punishment to get them to change their mind. Is there anything else he can do to get these people to turn back to Him? Well… there is one thing. He sends his own Son. He sends his Son. After this, there’s nothing more he can do. There’s nothing more he can give. Jesus is the last prophet, and being God’s own son he is also the closest and most loved of God the Father. Being God himself, he is to be worshiped, feared and adored. But what do God’s people do?

They murder him on a cross.

God’s people killed God – and they were glad to be rid of him.

Looking back, I find it incredible that the world didn’t end with the crucifixion of Jesus. In some ways it did. The whole earth shook, the temple was destroyed, and there was a resurrection of the dead (Matthew 27:51-54). But God continues to be loving towards Israel and opens the way of salvation to the Gentiles to make Israel jealous:

“Rather, because of their transgression, salvation has come to the Gentiles to make Israel envious.” (Romans 11:11)

Isn’t this incredible?! God loves Israel so much that he would save and redeem people from all over the globe – offering freely the forgiveness of sins and life everlasting just so Israel would come back to him. It doesn’t mean that he doesn’t love us Gentiles. He certainly does, and is willing to go above and beyond, even inviting us to become part of his holy people even though we were once excluded (Ephesians 2:11-14).

So let me ask you, is this the God you know? Is this how you understand the God of love? – a God who ruthlessly pursues his people in spite of all their rebellion and sin? This is how the Bible portrays the God of love. And his love – far from being a clingy emotional dependence – far from being neglect in the guise of tolerance, is always much greater than we always anticipate finding its high point at Calvary where God the Son willingly takes on the wrath of God the Father and God the Father willingly pours out his wrath on God the Son to save all who believe in Him. His love is stronger than death – even strong enough to raise the dead. His loveliness far exceeds all others and therefore deserves our worship.